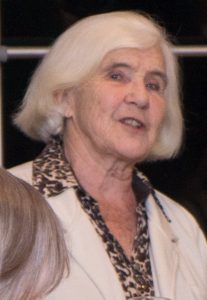 Susan Fairbairn spoke to the club about the varied and distinguished career of her father, Lord Hill of Luton.

Born Charles Hill, in London, he lived most of his life in Harpenden where he fathered five children. He trained as a doctor and by the age of 28 he was working for the British Medical Association as assistant secretary and then, until 1950, as secretary.

In that year he entered parliament as Conservative and National Liberal member for Luton and held several ministerial posts until 1962.

The following year he was created a life peer and appointed chairman of the Independent Television Authority. From there he moved in 1967 to be chairman of the BBC Governors, a post he held until 1972.

During WW2, as the Radio Doctor, he gave daily tips on keeping healthy to millions of listeners, delivered in his distinctive deep, gravelly voice. His scripts were later published as a book which Susan had brought for club members’ inspection.

In Harpenden in 1948, while BMA secretary, he became founder president of the Harpenden Trust