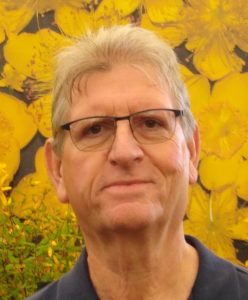 Richard Young has been elected president of Harpenden Village Rotary Club in succession to John Murray. Richard and his wife Mary have lived in Harpenden since 1989. Before then,

they lived in several overseas countries through Richard’s work in international banking. They have two daughters, one living in Wheathamstead, and three grandchildren.

During Covid lockdown club members continued to meet weekly via Zoom,’ Richard said, ‘listening to speakers and socialising with guests from all over the country. Although, thankfully, we are now back to face-to-face meetings we’ll still have some via Zoom to take advantage of its country-wide access.

My main task will be to lead the club’s re-energising with a wide range of social and fun activities.

We’ll also put greater effort into making the club’s activities better known. By capturing Harpenden’s interest in our club, we hope to encourage more local residents to join in the fun of membership.